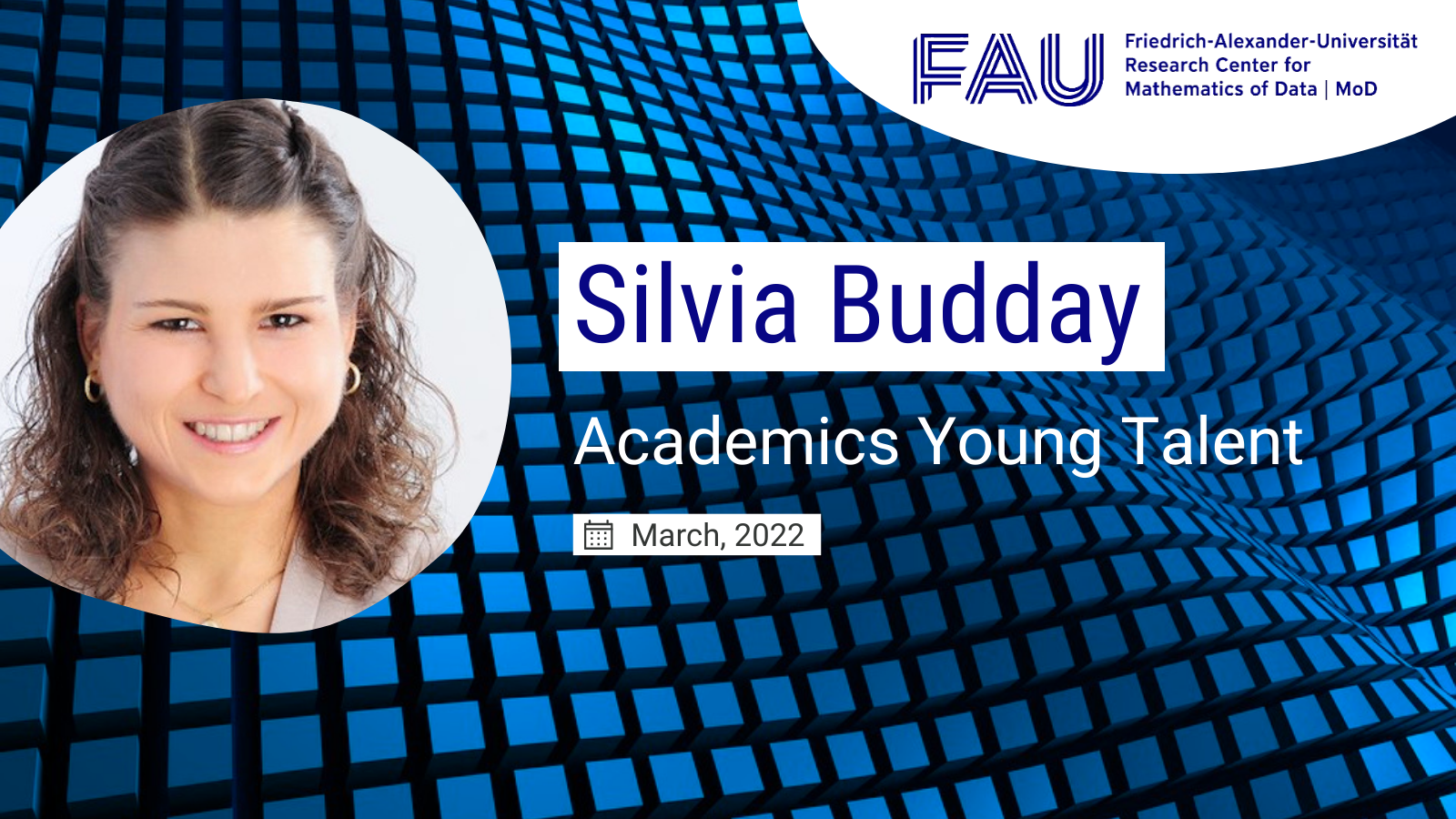 We are delighted to share our FAU MoD member, Dr. Ing. Silvia Budday has been awarded this year the academic Young Talent Award for her scientific achievements as academic young scientist talent at the “Gala del Deutschen Wissenschaft 2022” in addition to Dr. Philip Willke as Young Scientist of the Year by academics due to his emerging and young basic research in quantum mechanics. The 3rd. place was for Dr. Eva Unger, junior research group leader for the development of large-area perovskite solar cells at the Helmholtz Center Berlin.

Silvia Budday is an Assistant Professor at Friedrich-Alexander-Universität Erlangen-Nürnberg (FAU) and she has been funded (since 2019) through an Emmy Noether-Grant by the German Research Foundation (DFG). In 2021, she was awarded the Heinz Maier-Leibnitz-Prize by the DFG and BMBF and the Richard-von-Mises-Prize by the International Association of Applied Mathematics and Mechanics (GAMM) for her works on experimental and computational soft tissue biomechanics, with special emphasis on brain mechanics and the relationship between brain structure and function.
Silvia studied Mechanical Engineering at KIT and graduated with the best Master’s degree of a female student in 2013. She was awarded the GACM Best PhD Award, the ECCOMAS Best PhD Award, and the Bertha Benz-Prize from the Daimler und Benz Stiftung as a woman visionary pioneer in engineering.

The academic Young Talent Award is awarded annually to young scientists who have lasting positive influence on science and research through outstanding commitment.

Supported by ZEIT Verlag, the academics Young Talent Prize has bee awarded at the Gala of Science of the German University Association on March 28th, 2022.

|| See more: Becoming a young scientist of the year